Skip to content
Home » Uncategorised » Having a Hobby Playing Games is a waste of time? 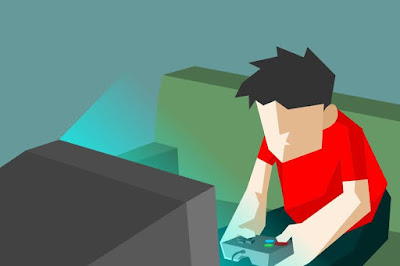 erwinkeren.com – The development of the world of technology can not be stopped. Sooner or later technology will affect us. Game is one of the sophistication of technology. Game is a reference to digital games, which are found on technological devices such as smartphones, computers, laptops, consoles, and others.

Somehow “playing games” seems to have a negative connotation. Most people will assume if playing the game is a useless thing and a waste of time. Many people also think if … “Instead of playing games, it’s better to do other activities that are more useful”. It is as if playing the game, there is no benefit at all, even though the game can bring many benefits. I am not defending gamers who like to play games. I am a person who has a hobby of playing games. Therefore I will show the benefits of having a hobby playing games.

Not a lie if playing games can educate the brain. The missions in the game will make us think to find a way out of an existing problem.

Games are usually available not in Indonesian, but English is more popular. To play the game or to complete the missions in the game, we must understand English. We can learn English through the game. We can read dictionaries, visit google translate, ask friends, and others. Then in that way we will indirectly learn English.

Almost all games that currently exist provide social features or chat features that make you able to communicate with other players. We can chat, ask questions, joke around, or even talk with other players. Of course this will make you make new friends. Or if you want to meet, we just need to invite him to hangout to play together or discuss about the game.

Already many people find their partners through games. Especially now the number of female gamers is fairly large. This could be an opportunity for single gamers who want to find a girlfriend or boyfriend who has the same hobby

There are still many people who think that if you have a hobby of playing games, then you cannot make money and just waste your time. Times are increasingly sophisticated, the game can be used as a hobby that makes money. For those of you who only play games, maybe you can try making money through the following game channels.

How do you make money with games?

A. Enter the Game Competition

eSport is a game competition. Competition in games generally requires a team that can work together against opposing players. Games that are considered as game competitions are usually popular games. The developer or sponsor usually funds the competition for this game. The prize is no joke because it can number in the tens of millions, hundreds of millions, even billions.

B. Making a Game

When launching a new game, the game will be tested first, whether there are bugs or errors. In addition to trying new games that have not yet come out on the market, you will be paid for testing the game.

There are so many benefits of having a hobby of playing games, so don’t underestimate someone who has a hobby about games.

Having a Hobby Playing Games is a waste of time?