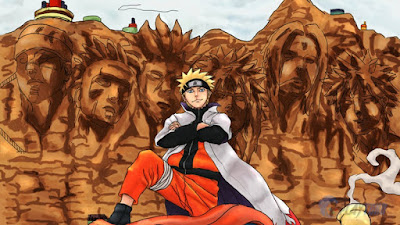 erwinkeren.com – Discussing things like this might be a bit uncomfortable because now it is a problem in this country, especially countries that have many religions, like Indonesia. But I will give you a little idea. We are Muslims but don’t think we are always right, because we are Muslims. We must be open minded.

This incident is in my country, Indonesia. There are 2 candidates for governor to lead the region. The first is Muslim, and the second is non-Muslim. Now let’s discuss about this problem. This happened in 2017

Muslims must choose Islamic leaders, that is true. But there are many types of leaders.
regional head, office / company boss, mosque imam, and father. They are also called “LEADERS”.

1. Imams must be Islamic, that is because Imams are leading Muslims for prayer.
2. Now the office / company boss is mostly non-Muslim, try to say to your boss “you are infidels (kafir)”, yes you are immediately fired: V
3. Or there are cases, your father is non-Muslim, and your mother is Muslim, you try to say to your father, “You are infidels”. Yes you immediately got beat up by your father.
There are also couples of different religions and married and blessed with children, then the child says, “You are infidels!”, Surely the father will also be angry: v
4. I think that regional leaders can not have to be Islamic, because the people who are led are not just Islam. Because this is Indonesia, all religions are legal, (Islam, Christianity, Catholicism, Buddhism, Hinduism).
5. But I think the president in Indonesia must be Muslim, because the majority of his people are Muslim

According to the prophet Muhammad SAW, the leader must have 4 characters: Sidik means true, Amanah means trusted, tablig means to convey, and Fatanah means intelligent.

I think the most important are the 4 characters above, but it depends on what type is being led.

If the regional leader, the most important is the 4 characters because it covers a large area.

If leaders rely solely on Islam, all Muslims can become regional leaders, even though they do not know political and legal issues, including those who do not graduate from school.

Am I defending non-Muslims? NO! It depends on the situation, if Muslims are corrupt, should they be defended? If the non-Muslims are innocent but blamed, should we be left alone? and not defended or protected? Do you not have non-Muslim friends?

That is why 4 characters must be more important than just having Islam in the regional leadership of the country?

Because if the 4 characters are owned by the leader, then his subordinates will also follow him, because the leader will give an example.

Besides that, the character of the person is easy to see, while religion / belief is difficult to see and only God knows.

Do you know someone’s prayer? is he serious (solemn) only Allah knows.

Finally, how do you judge someone? the good and the bad? character / personality? or religion?

Hopefully this post can open our minds to better appreciate others.