Skip to content
Home » Uncategorised » Sidoarjo and Blitar: The Two Enchanting Cities in My Heart 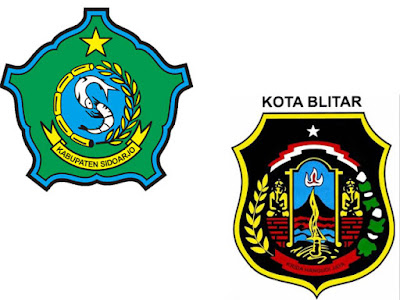 Sidoarjo and Blitar? Which one is better?

Actually I don’t want to compare the two cities. But this I was forced to do because both cities have become part of my life.

I (Erwin Keren) was born in the city of Sidoarjo, precisely in Sidokerto Village, Buduran District. Sidoarjo City is my hometown. Sidoarjo City is quite clean, peaceful, and there is rarely a commotion. I live with my parents, mother and father.

There are differences that I felt when I was in the two regions, Sidoarjo and Blitar. The Sidoaro that I live in has entered the KOTA area, while Blitar, which is my grandmother’s house, is still a rural area.

In Sidoarjo, the internet network already supports 4g lte, this of course makes me happy because I like to be online. Whereas in Blitar Village, it seems that it does not yet support the 4g LTE network, even I have difficulty finding a 4g lte network.

In Sidoarjo, on average all public roads are asphalt, while in Blitar village, there are many roads that are not yet asphalt or the roads are generally still in the form of mounds, there are also asphalt roads but many holes in the road.

In Sidoarjo there are always lots of vehicles passing by, and even often jammed if on weekdays. In Blitar Village, vehicles rarely pass, let alone cars. Even in Blitar City, there are not too many vehicles, so there seems to be no traffic jam in Blitar. But on Eid al-Fitr, the city streets began to get crowded, maybe because people outside the city going home to Blitar.

It seems that the air quality in Blitar is better than in Sidoarjo because in Blitar there are many trees and there are rarely vehicles passing by.

The temperature in Blitar is colder than in Sidoarjo, because Blitar is high land. This makes me lazy to take a shower because the temperature of the water is very cold.

For those who want to find work with high salaries, it is better to work in Sidoarjo, because UMR (Regional Minimum Wage) of Sidoarjo is much higher than UMR Blitar. The UMR of Sidoarjo in 2017 was 3.2 million, while the UMR of BLitar in 2017 was 1.5 million.

Sidoarjo and Blitar do have advantages and disadvantages of each. But I still like it when I live in these two areas.