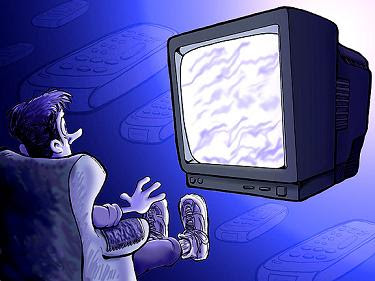 Television is not just an ordinary entertainment. Television also includes a viewing medium for children. If the child is watching television, then the child will also be more likely to copy what is on television. The problem now is that television stations rarely broadcast programs that are appropriate for a child’s age. Most television shows now look for ratings more than giving moral and scientific education to children. Call it a TV soap opera program (sinetron), which mostly airs soap operas or ftv programs that mostly tell about school life. Stories about school life are not bad things, but there are some scenes that exemplify bad things such as: dating, skipping school, disobedience to teachers, bullying friends in class / school, and bad things done at school. And of course this will be dangerous if consumed by our children.
Then who is to blame? Certainly this is not the child’s fault. The ones who are responsible are the parents. Parents should be able to choose shows that are appropriate for their own children. And parents should accompany the child while watching television. So parents can monitor what children see. And if there are scenes that are inappropriate, parents can advise the child directly or give advice to the child. In addition to parents, the television station must also broadcast more educational programs, not just pursue ratings. In addition, the Indonesian Censorship Agency also acted more decisively in censoring a television program or blocking a television program that was considered to be of inferior quality.